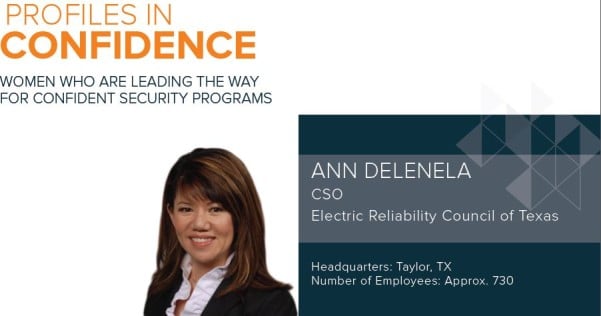 LIKE FATHER, LIKE DAUGHTER
Delenela’s father was a computer scientist who first helped her get comfortable with technology when she was in the 7th grade and he purchased an Apple 2 computer. “When I was growing up, you were hard pressed to have a computer. While the school had a few, I was the go-to for teachers who needed assistance because I had experience with my computer at home,” says Delenela. Though she initially thought she wanted to be a doctor, after interning at a hospital her freshman year of college, Delenela decided she needed to choose a new major. With guidance from her father, she decided to pursue a Computer Science major, where she ended up as one of two girls in the entire program.

OVERCOMING CHALLENGES
“I had some challenges early on in my career, specifically because of my gender and the fact that I looked very young for my age,” says Delenela. She felt she had to prove herself a little more, something that came easy because she possesses an innate sense of determination. In an early internship working with oil reservoir engineers, Delenela went above and beyond, with the net result of her receiving privileged access to the entire computer systems and network. She worked in the data center where she taught herself the necessary skills to build and automate a system for the organization.  Due to her hard work and drive for success, she ultimately earned the engineers’ respect and they truly valued her contributions.

Once Delenela began working in the consulting and business world, she noticed that when entering a business meeting with older male colleagues, there was often an automatic assumption that they were the seniors. “I found often that assumptions quickly dissipated once I spoke about the subject at hand and demonstrated knowledge in the area,” says Delenela. She soon gained respect within her field and earned promotions and recognitions throughout her career.
“As women, we have to advocate for ourselves and ask for things that we want,” says Delenela. She also believes that there is a corporate responsibility for the industry to recognize contributions by women in technology. Another important facet of empowering women is to reach further into the next wave of young women, and get them engaged in technology so they do not feel intimidated by it. “It is important for those of us in high-level positions to be role models for the younger generation and demonstrate that it is achievable and not something they are incapable of doing,” says Delenela. Delenela instills these same values in her twelve-year-old daughter, who she encouraged to participate in Lego Robotics classes, math camp, and computer coding camps. She believes that we are all partners influencing the future generation for both girls and boys.

THE POWER OF INFLUENCE
Delenela comments, “Leadership is not about a title, it is about influence. You can influence without a title or lead without a title by being a subject matter expert and collaborator.” Another key point in empowerment is to push yourself to step into areas where you might not be comfortable. She believes that women in technology need to recognize the importance of thinking beyond their own gender. During meetings, even though Delenela is normally the only female in the room, she solely focuses on the value of her own contributions. “It goes back to knowing yourself and knowing your subject, which empowers you to promote yourself as a subject matter expert,” says Delenela.

BOARD ROOM COLLABORATION
Through continually pushing herself in uncomfortable situations and thinking beyond her own gender, Delenela embodies a forward-thinking leader who has achieved great success. Gaining mindshare with the Board Room demonstrates an accomplishment that Delenela achieved through educating them in a way that accelerates their comfort levels with the language of security. “I regularly present to the Board, where I inform them about information security and physical security topics in a way that speaks the language of enterprise risk. “My goal is to get to the point where they are confident in what we are doing and they understand what the risks are, so we can align to positively influence the direction of our security program,” says Delenela.